California’s Owens Valley is home to the Sierra Nevada Mountain Range to the west and The White Mountains to the east. Some of the tallest peaks in the country are here.  Two weeks ago, a winter storm was blasting through the area and as happens frequently, was unable to move further east to Owens Valley or Death Valley. That’s why these 2 valleys are so dry, especially Death Valley. Located near Lone Pine is the Alabama Hills Recreation Area which is a haven for rock climbers because of the steep and vertical rock formations.  The movies Gladiator and Iron Man were partly filmed there along with dozens of others.

Fresh Snow On The Sierras

The Whitney Range. Mount Whitney is in the center right but was obscured by clouds ALL Day! It rises to 14,505 feet, the highest point in the lower 48.

See the one in green? 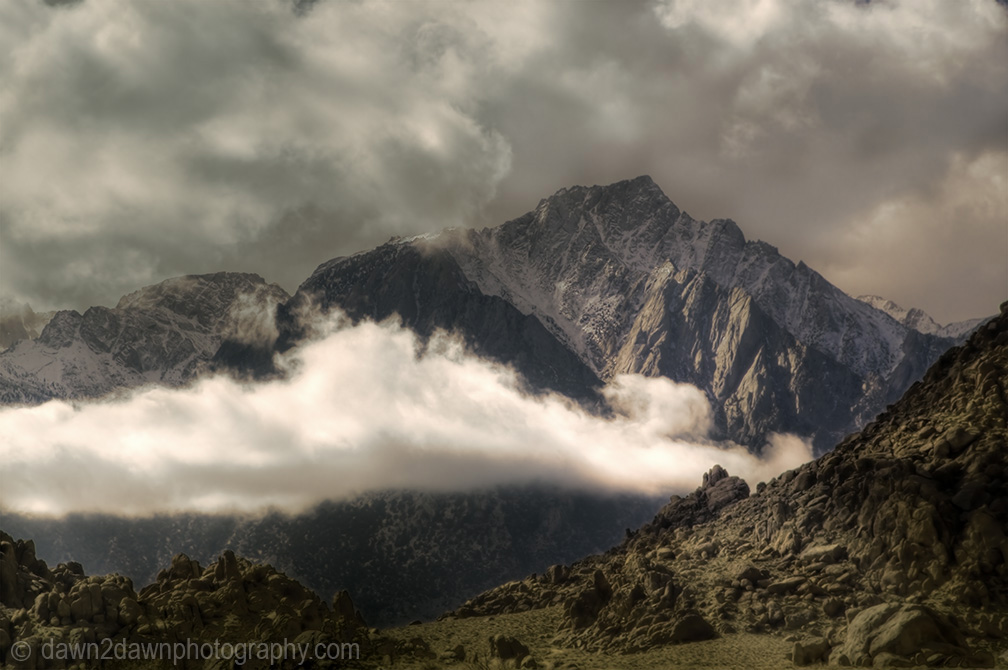 Another look at Lone Pine Peak.

A rainbow presents itself over the Owens Valley

Highway to the heavens………

The fog rises before The White Mountains