Eureka Valley, upper left on map, is a 2 hour drive from the center of Death Valley NP, mostly on dirt and gravel roads.

Colorful strata are the predominate feature of the aptly named Last Chance Range.

The snow-covered White Mountains as seen from Eureka Valley.

A full moon lights up the landscape over Eureka Dunes.

High winds kick up sand at Eureka Valley and eventually settles at the south end where the dunes reside.

The dunes rise up to 700 feet, amongst the tallest in North America.

The dunes look rather insignificant in the grand scheme of things.

Sunset over the valley. 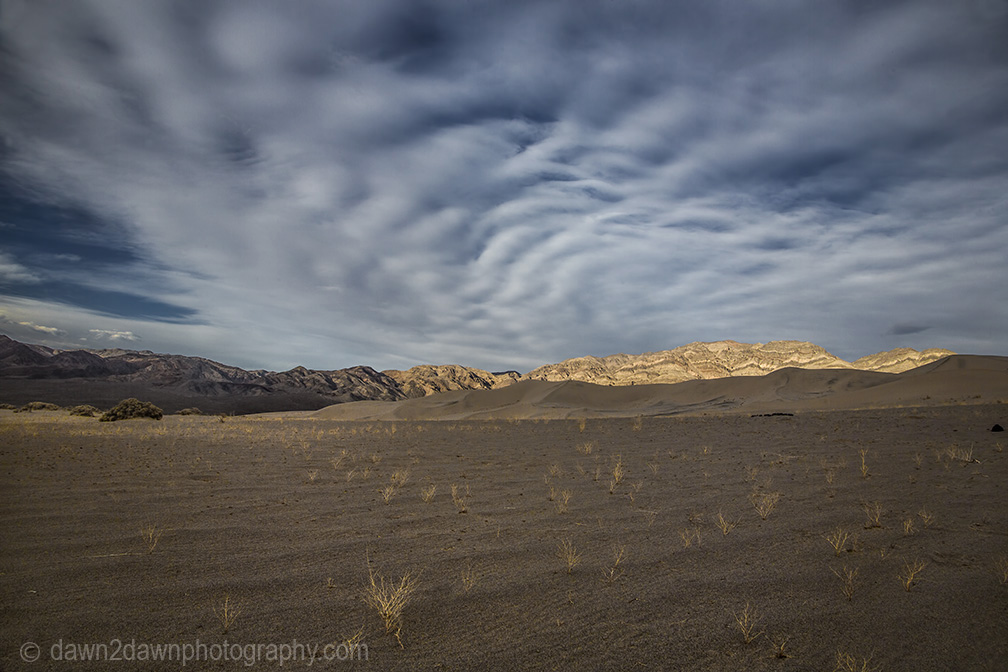 It’s amazing that anything grows or survives here.

Small mammals survive here by burrowing into the sand for relief. These nests are home to the kangaroo rat.

Rain makes an occasional appearance at Death Valley, but only a few inches annually.