I get a rush whenever I visit Eureka Dunes at Death Valley National Park. But last week I received what was possibly the ultimate rush. As I was setting up camp at the base of the dunes, I noticed something low in the air coming at me really fast.  I’ve seen fighter jets from the nearby China Lake Naval Air Station at Eureka Dunes and Death Valley before but this encounter was almost more than I could handle. This jet flew right over me, no more than 100 feet above me!!  I could not only hear it but I could literally feel the thrusts of  its engines. It almost knocked me to the ground. I was standing next to my truck which I used to prop myself up.

For a second, I thought this jet was going to crash on top of me. It was wobbling slightly as it came right over me. My heart was pounding as I watched it fly past me and put on an aerial show.  The jet flew vertically into the sky, paused for a moment, and literally dropped out of the sky. I’ve seen Blue Angel Pilots do this maneuver but I was witnessing this as if the pilot was putting on a show just for me. I wish I knew the jet would be coming so I could have photographed it better or even produced a video. I spent the rest of the day looking for jets but they never appeared.

My camera wasn’t quite prepared for this display but I managed to sort of capture it.  The images below hopefully give you an idea of what I saw and felt.   More normal images of Eureka Dunes and the fall colors from California’s Owens Valley and The Eastern Sierras to follow soon.

Eureka Dunes, some 700 feet high, from 10 miles away in a remote section of Death Valley National Park 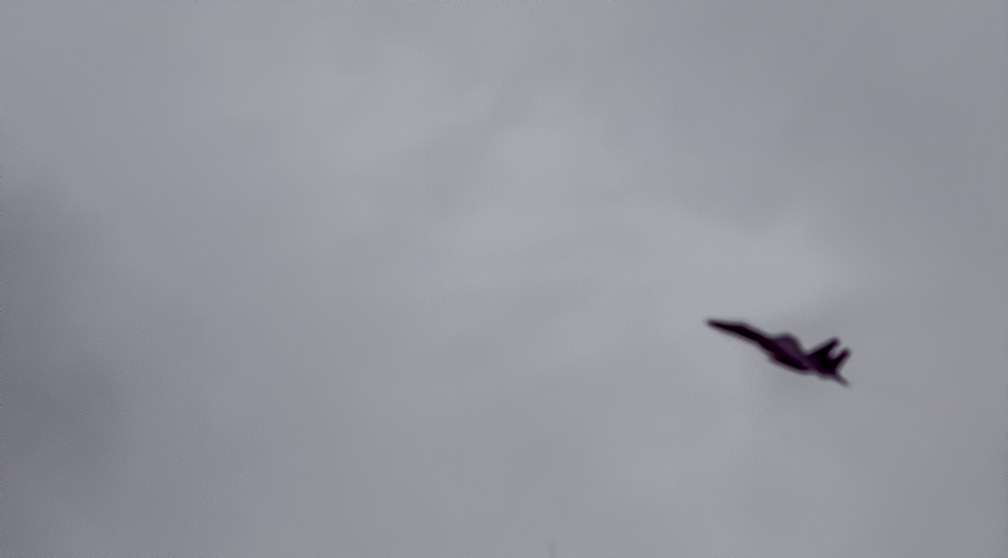 Real picture of jet, a bit blurry as it was probably traveling in excess of 500 mph

I inserted an image of a jet into this pic I took from my campsite. The jet came around the sand dune in a tight turn and headed towards me!

This is the path it took as it came towards me.

The jet went straight up into the sky. You can barely see it

It went straight up and straight down. What a RUSH!