My Favorite Bird … to photograph

You probably don’t have a favorite bird. You probably have a favorite dog but a favorite bird?   If you observe birds in the wild, they are as lovable and personable as Spot the Dog.  With that in mind, my favorite bird is the Pelican. White or Brown, they’re both amazing creatures. Birds are difficult to photograph, especially in flight. But pelicans are somewhat easier.  First of all, they tend to fly slowly and they are fairly large with a wingspan of well over 6 feet.  But what attracts me most to the pelican is their ability to alter their looks.  They are the ultimate shape-shifters in nature.  The creature in the movie Alien is jealous of the pelican. Below is a series of photos of the same pelican performing its distortions in less than a minutes time. 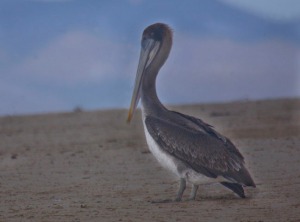 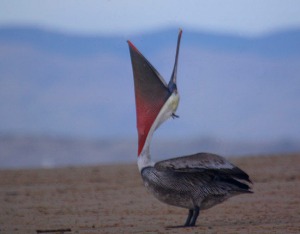 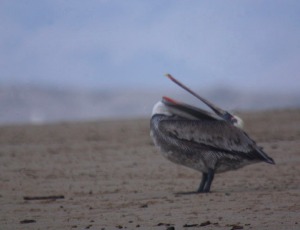 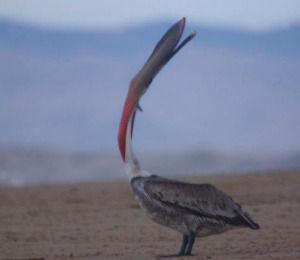 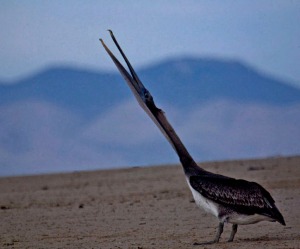 This one put on a show for me and you can tell he was happy with his performance. Hopefully he wasn’t trying to attract a mate like the Bird of Paradise in Papua New Guinea.  The pelican’s pouched-bill can hold up to three gallons of water which reminds me of a joke.

Why did the pelican get kicked out of his hotel?

Because his bill was too large!!!

The pelican below has a large bill and was walking angrily away from a nearby hotel.

Pelicans also have characteristics of humans. The one below seems to have an itch. 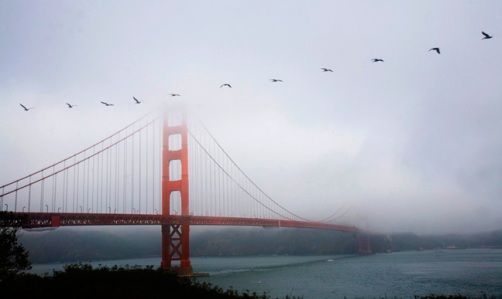 If you have a favorite bird, please leave a response and why you like this particular bird.

On my next post, my favorite mammal will be revealed and after that, a post of D2D’s exclusive interview with Arnold Schwarzenegger and his new hobby, photography.

5 responses to “My Favorite Bird … to photograph”